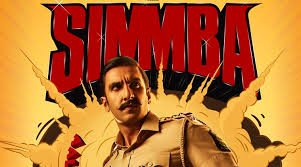 Aankh Marey was sung by Neha Kakkar, Mika Singh, and Kumar Sanu, the song is composed by Tanishk Bagchi and the lyric is given by Shabbir Ahmed. The song is in the movie ‘Simmba’, a romantic, action movie which is going to get released on 28 December 2018. Though this song is a remix, people seem to like it. The song first released a few days back on Youtube on a channel called T-series. The song is a major hit in the music industry, the song got millions and millions of views per day.

The song has a fast tempo and mostly loved by teenagers. Though the song is a remix, but unlike other remixes, it has massala moments and few spark moments that makes this song different from others. This is the first song of Ranveer Singh and Sara Ali Khan that you get to see in the movie Simmba – Aankh Marey is out and is as peppy and groovy as it gets. This is also the first time we get to see Sara Ali Khan dance and she’s absolutely good at what she’s doing. Her chemistry with Ranveer Singh is impressive.

Aankh Marey is a remixed version of an old song from the movie ‘Arshad Warsi and Priya Gill starrer Tere Mere Sapne’ which was released back in 1996. The old version ‘Aankh Maare O Ladka Aankh Maare’ was a blockbuster hit when it was first released and it seems that the remix version is also a hit. An instrument called Tabla is used to give this song a classic and old feal and we must say Tabla gives the perfect beat in the song as you can hear. It is not wrong to say that this song might become more popular than the original one.