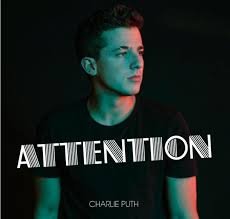 647
SHARES
3.8k
VIEWS
Attention
Attention by Charlie Puth was released in 2017 but the song was recorded by Charlie Puth in 2016. The lyrics were given by Charlie Puth and Jacob Kasher and the music was given by Charlie Puth in a pop rock style. GThe song is based on the notes of Eb minor. Attention’s tempo is quite high, at 100 beats per minute. The song is based on the thought of the singer that his partner does not love him but wants his sheer attention. The keyboard notes of the complex emotional track based on jealousy and a hint of revenge mingles in a sense of deep romantic attraction. The Piano notes of the song are enough to create a party mood as well. Piano notes of Attention are here for you. The song is composed by Charlie Puth and Jacob Kasher and is sung by Charlie Puth. It belongs to Atlantic label and is one of the most successful singles of Charlie Puth and was released in April 2017. The lyrics of the song are written by Jacob Kasher and the words truly explain the title of the song. The music video stars Charlie Puth along with other artists. The song is about a bitter stand on love after the singer evidently went through a heartbreak. The singer is talking about the girl who he felt did him wrong by playing with his emotions. The guy says that all the girl ever wanted was attention to her petty needs while she did not care about what his feelings are or what he needs. However in the wake of the end of their relationship, he was left devastated due to his emotional investment. He can see through her pretenses now but he is still having a hard time keeping himself collected. This is a really catchy composition and it was able to make its way to the audience’s heart in a very short amount of time. Piano players can have some fun playing it at the next gathering .