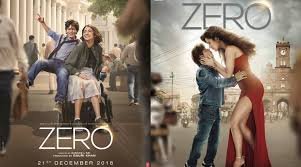 Issaqbaazi is sung by Sukhwinder Singh and Divya Kumar, the song is composed by Ajay-Atul and the lyric is given by Irshad Kamil. The song is in the movie ‘Zero’, a romantic and comedy which is going to get released on 21 December 2018. Though this song is has a fast track, people seem to like it. The song first released a few days back on Youtube on a channel called T-series. The song is a major hit in the music industry and the song got millions and millions of views per day.

This song has two of the Bollywood most successful and popular actors Salman Khan and Shah Rukh Khan and the lead actress Katrina Kaif. In this song, you can see Salman Khan in his natural Avatar, whereas Shah Rukh Khan is playing a character of a short guy (Buena). Both of them seems to have fun and you can see them dancing to the full to their heart’s content. The song has a really fast tempo and the song has a lot of high and low notes. Instruments like Tabla and Dholak is used to give this song a Dasi look and sound. The song actually gives you a Dasi vives when you listen to it.

The music video starts with Shah Rukh and Katrina, which makes Shah Rukh (Baua Singh) surprised and excited. Shahrukh and Salman then go to a place, where Shah Rukh Khan started dancing, at first Salman sits back and see Shah Rukh dance, but later he also starts dancing.