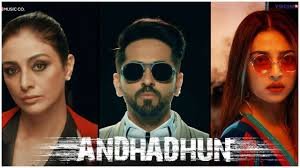 2.6k
SHARES
15.3k
VIEWS
Naina Da Kya Kasoor Piano Notes
Naina da kya kasoor piano notes are available on our site. If you are interested in the song Naina da kya kasoor, then you should know that the track was both composed and sung by Amit Trivedi. Abhishek Sortey, Firoz Shaikh, & Urmila Sutar were the engineers responsible for recording the beautiful melody. The song innocently defends the eyes of a lover, or rather a lover’s visions, which sometimes falls short and cannot follow the norms of the society. This love song has fast beats and thus makes it a high paced dance track as well. The song is filmed on multiple actors including Ayushmann Khurana and Radhika Aapte. Ayushmann is seen in the video acting as a blind pianist in a dining restaurant. Radhikha Aapte notices multiple times in the movie hall and also when Ayushmann was looking at the cartoon sketches that may be he is not blind. The Naina da kya kasoor piano notes are fast paced and jolly. They are a good choice if you want to make the audience feel light.  The song belongs to the movie Andhadhun. The movie stars Ayishman Khurana, Radhika Apte, and Tabu in the lead roles. They all were critically acclaimed for their performances in the movie. Ayushman Khurana plays a blind man who gets entangled in a murder case. even though he had nothing to do with it. The movie takes an interesting turn when Tabu realizes that Ayushman Khurana was actually not blind and he was the sole witness to a murder she and her partner committed. The movie was immensely liked by critics and was seen as an example of good movie making in Bollywood. The song was sung by Amit Trivedi who himself is a big name in the Indian music industry. He has made a name for himself in the past years with a number of chartbusters. Some of his most successful tracks were from high-profile Bollywood films like Lootera and Fitoor. The song is about love and falling for someone. The song is titled Naina Da Kya Kasoor which is funny because Ayushman Khurana plays a “fake” blind man in the movie and is witnesses a murder while the title literally translates to “The eyes are not at fault”. Interestingly enough, Ayushman Khurana is a pianist in the movie and we are sure that pianists all over the world would love to play this track on their pianos as well.

Here’s the piano notes of Naina Da Kya Kasoor. The notation can also be used for keyboard (synthesizer). The song is composed by Daniel B. George and sung by Amit Trivedi. It belongs to the film AndhaDhun and was released in 2018, but the song is still popular – therefore you’re here :).

Lyrics of the song is written by Girish Nakod and people from around the nation has well accepted the song. The song has appeared on the top popular list of several year-end and best of all-time lists.

The music video of the song shows Ayushmann Khurrana and Radhika Apte and it’s liked by millions of people nationally.

The songs talks about the signer just seen a lovely face. He doesn’t know what’s written on it. A deep ocean, in which the heart has drowned, he has become injured, he’s in that since then….and it goes on..

The music is beautifully composed, which makes it very popular amongst pianists around the nation.