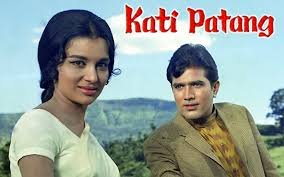 The Hindi song “Pyaar Deewana Hota Hain” is from the Indian film Kati Patang (1970). The song starred actor Rajesh Khanna. Kishore Kumar performed it to the tune of R. D. Burman. Its music is based on Asha Bhosle’s rendition of the Bengali song “Aaj Goongoon Goonje” from the 1965 film Rajkumari, which was composed by the same composer. The song is one of the evergreen songs of the yesteryears that is still fondly remembered as one of the hit Bollywood romantic songs of the 70’s era. The song is sung by Kishore Kumar who was considered the best singer in India at that point in time. He was very versatile with his voice and could adapt to any style. He has been the voice of several leading men of Bollywood and has thousands of hit songs under his belt. The song was from the movie Kati Patang, which was a romantic drama film released in 1970. The song featured actors Rajesh Khanna and Asha Parekh. Both of them were notable actors of their time and they went on to create a legacy for themselves. Rajesh Khanna especially was a very big name in the industry and he was considered as the first superstar that Bollywood has ever produced. He was most notably known for his acting skills and his chocolate boy looks. The song was composed by R.D Burman and he has been a part of many hit songs in the 20th century. The song is about love and the craziness that is associated with it. It says that love is crazy and wonderful at the same time. It is said to be something that cannot be described in worldly terms.